While opening the chicken coop door tonight, I noticed this freakishly large beetle staking claim to the lower portion... 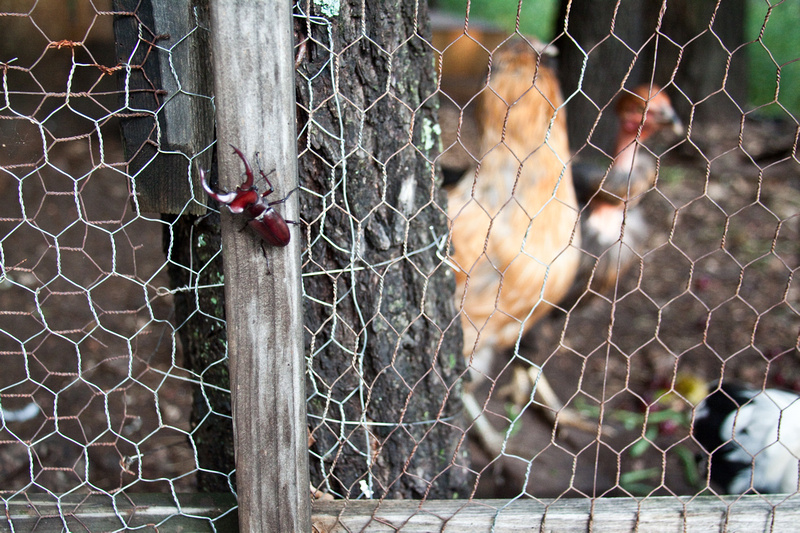 Amelia and I decided it would be best for us to take it into custody.  We even gave him his very own rock: 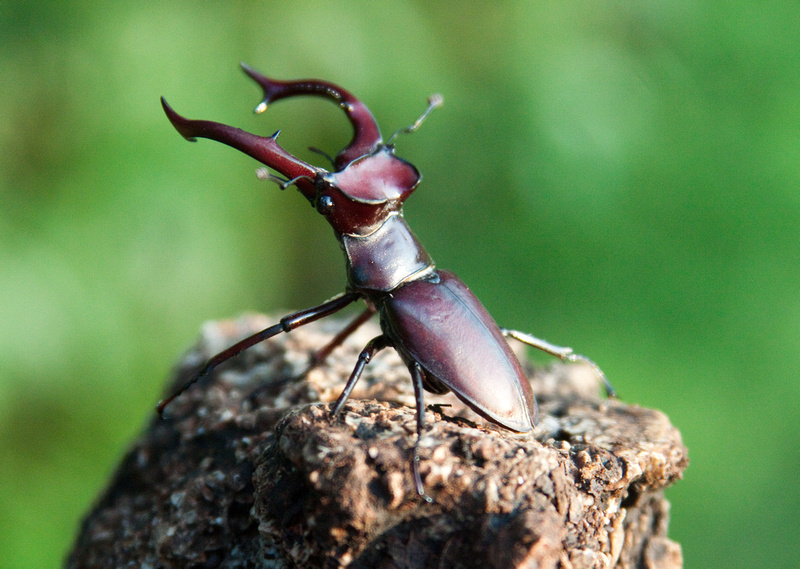 And, just to see what those pinchers could do, we poked it with a stick...and they clamped down.  Those suckers weren't just for show... 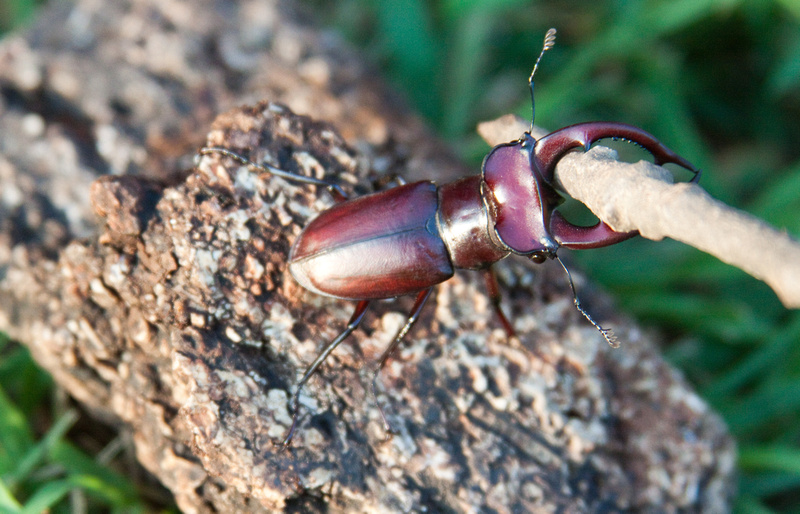 Then, we decided it would be best to take him for a ride down to the garbage bin at the end of the road, since that was next on the evening's entertainment docket...

He was offered the best view in the house, but ended up in a ziploc bag due to his ill cooperation with staying put. 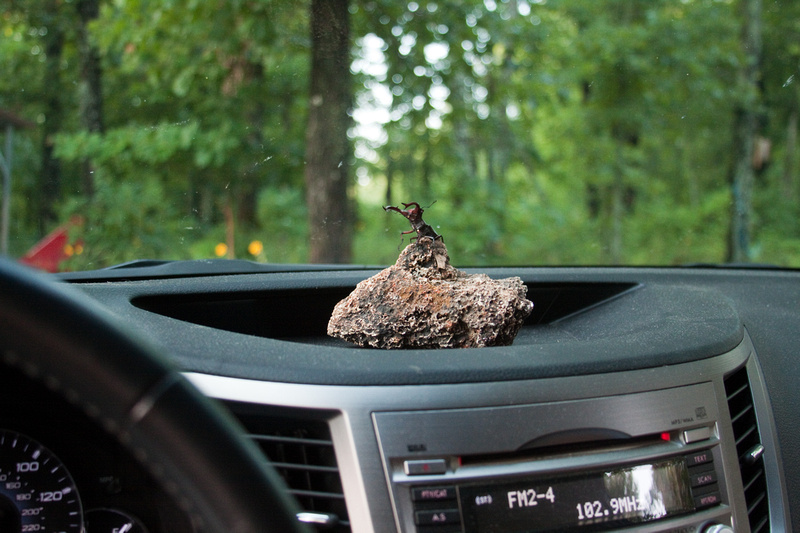 After arriving back at the house, we thought he might want to go for a horseback ride. 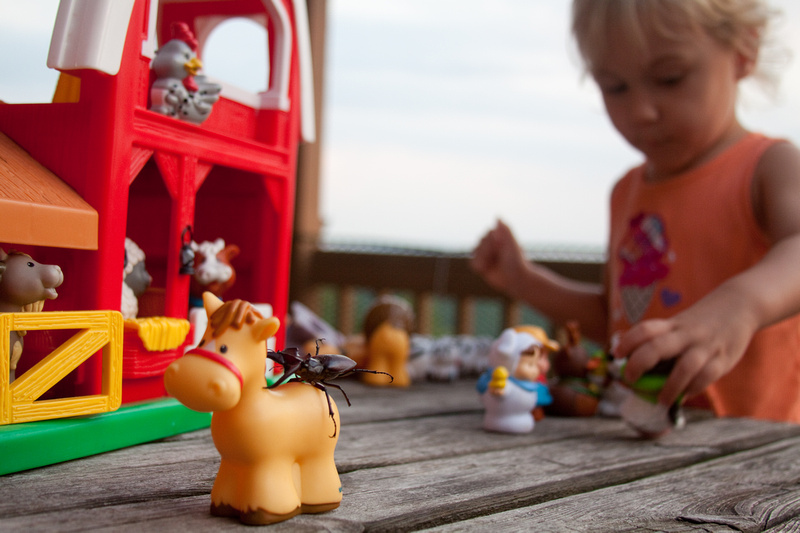 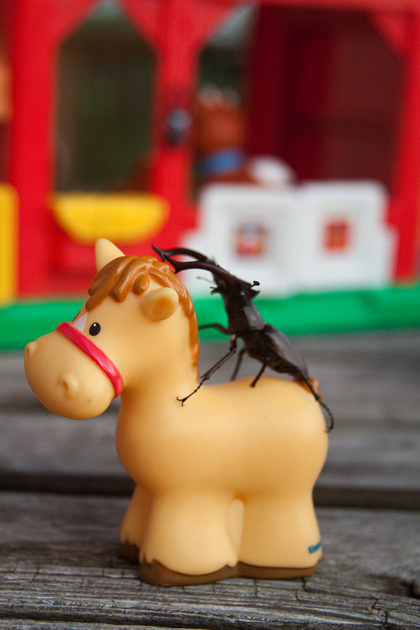 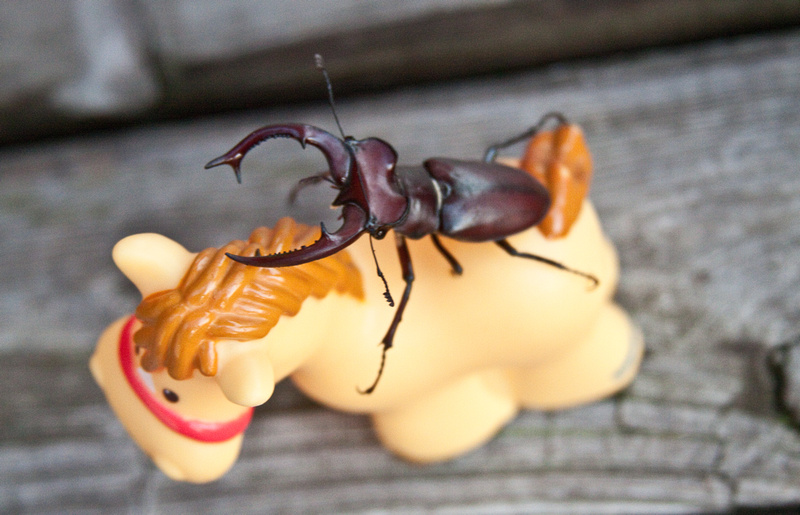 Meanwhile, the sun was setting, so we let the stag catch it. 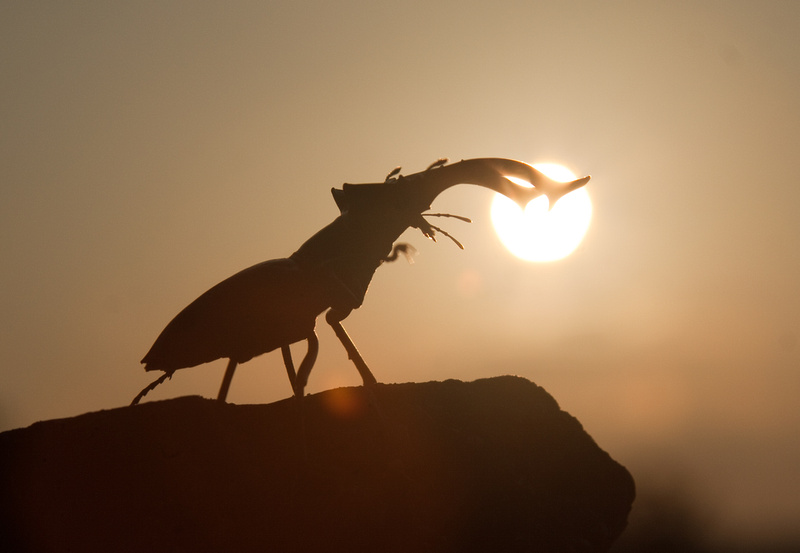 He grabbed it and swallowed it whole, quite aggressively.  It really wasn't suitable for all viewers, so we won't include those photos. 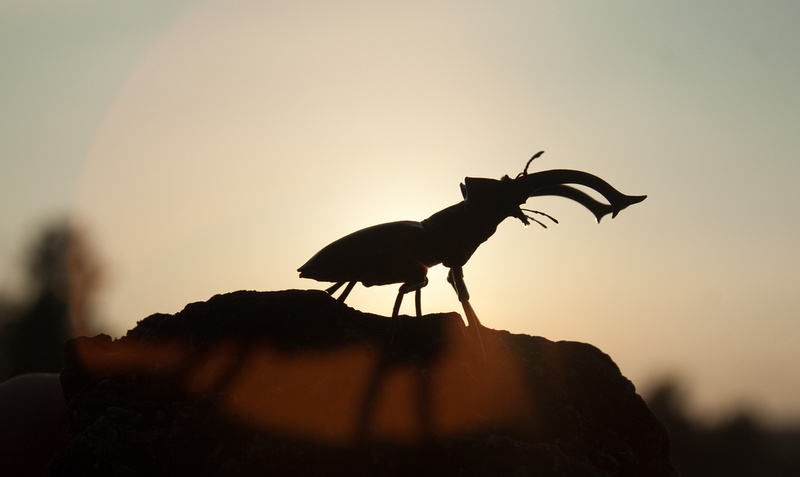 The sun is no match for our stag. 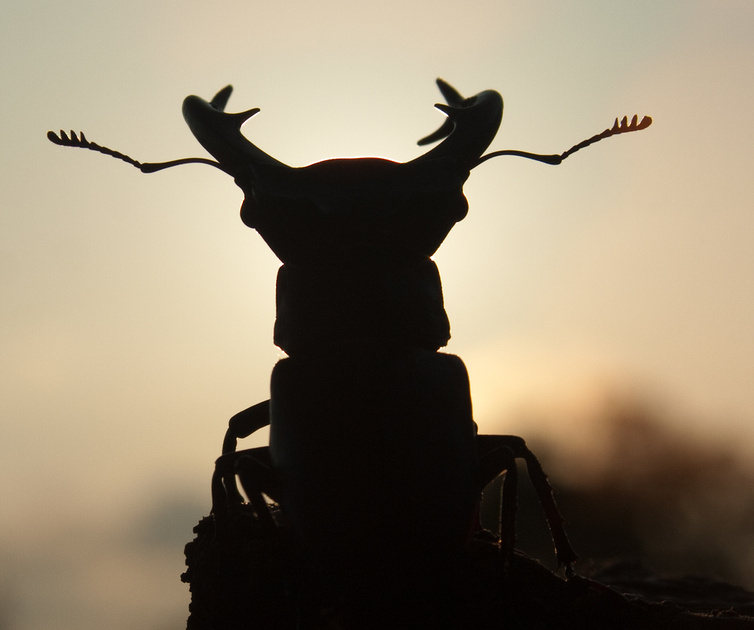 And really, why just let it rest there?

We brought him inside to see what Darbie the Barbie thought of ole' stag.

She was having a nice evening camping on the dinner table...Zzzzz...just snoozin' in her tent...and here he comes. 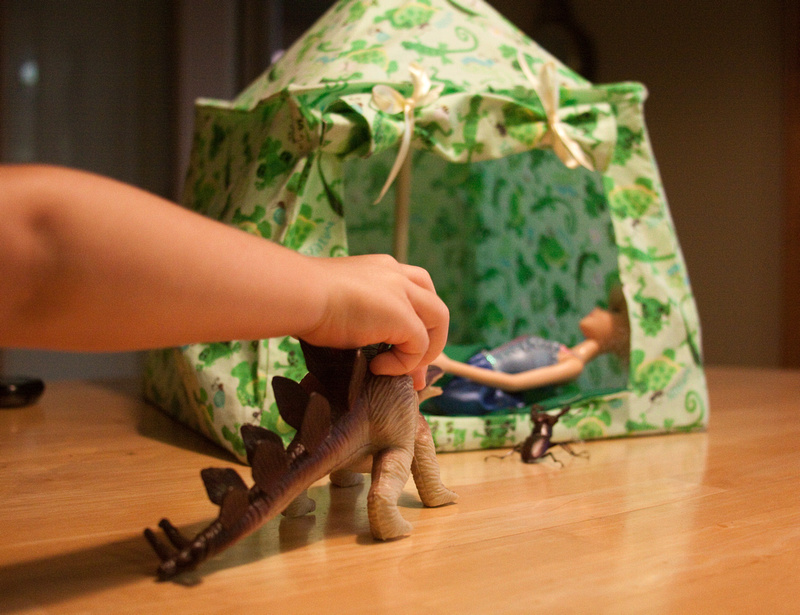 She has no idea what's coming. 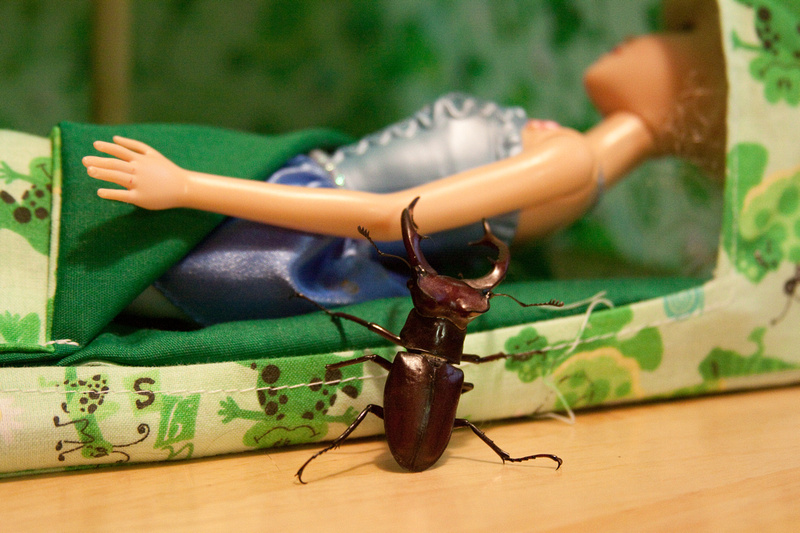 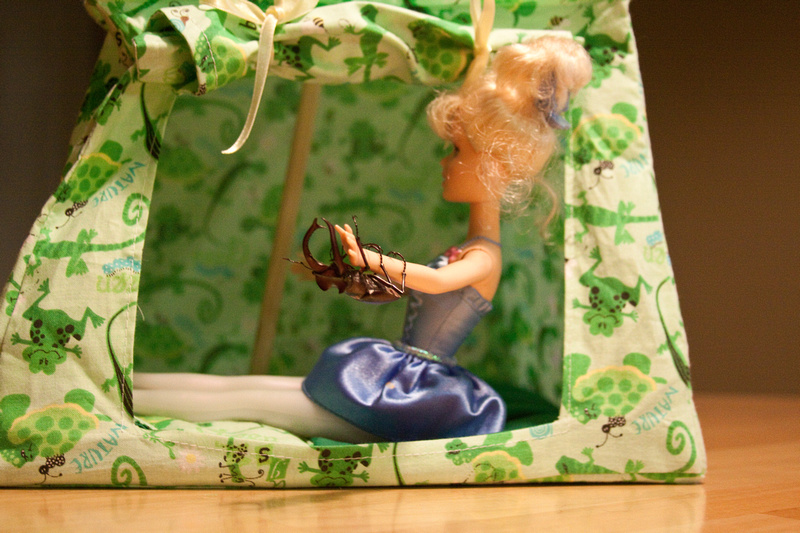 Little did Darbie know, her nightmare was just beginning! 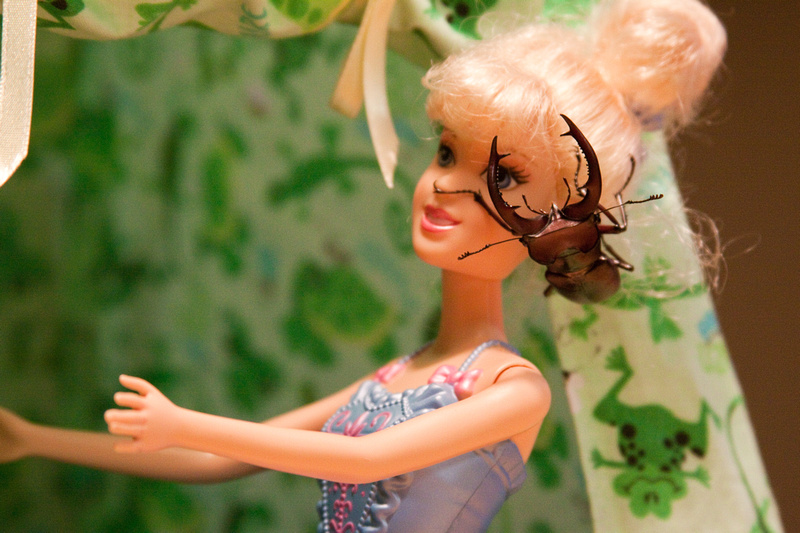 He liked her pretty blue eyes so much he ate one. 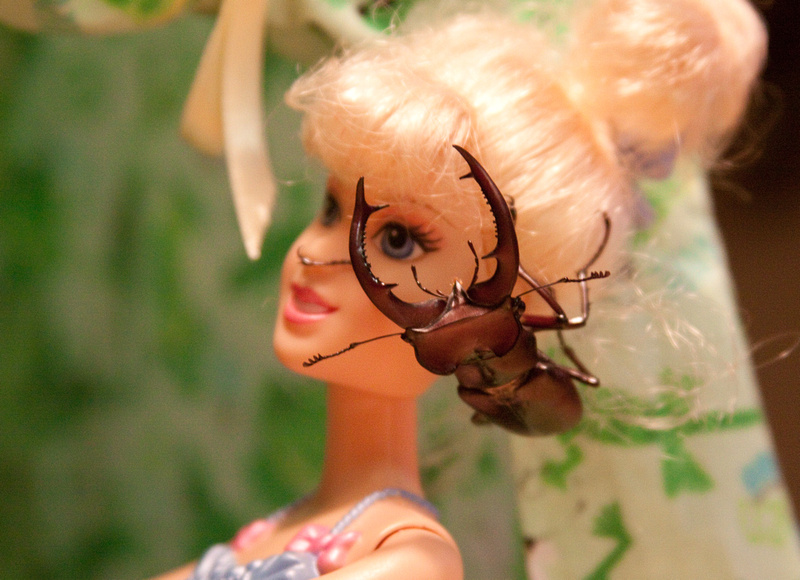 Wow, it was getting good, who needs TV when you have a stag beetle. 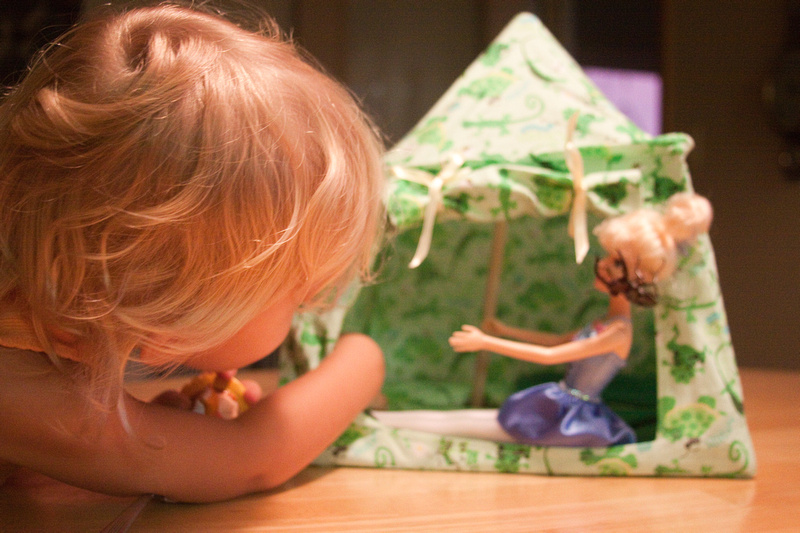 And then Darbie fainted.  Boooor-ing. 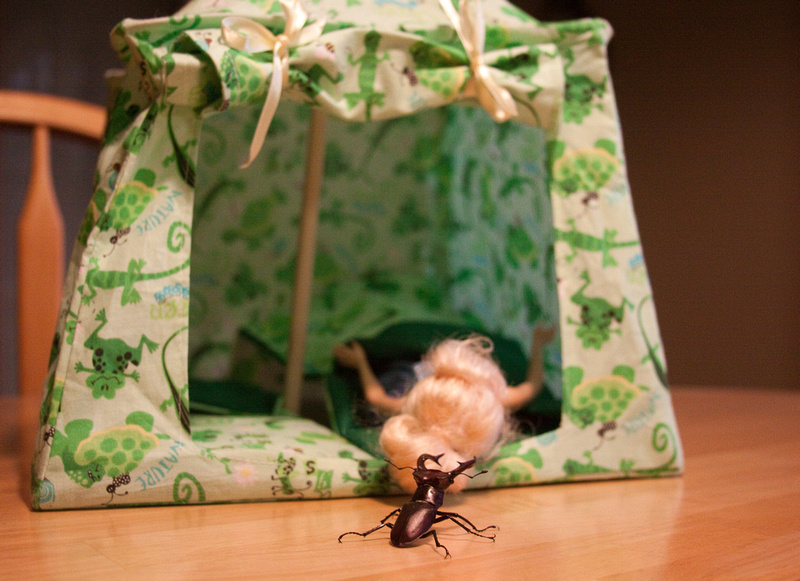 We finally decided to let him go back by the chicken coop, hoping he will think it was all a bad dream. 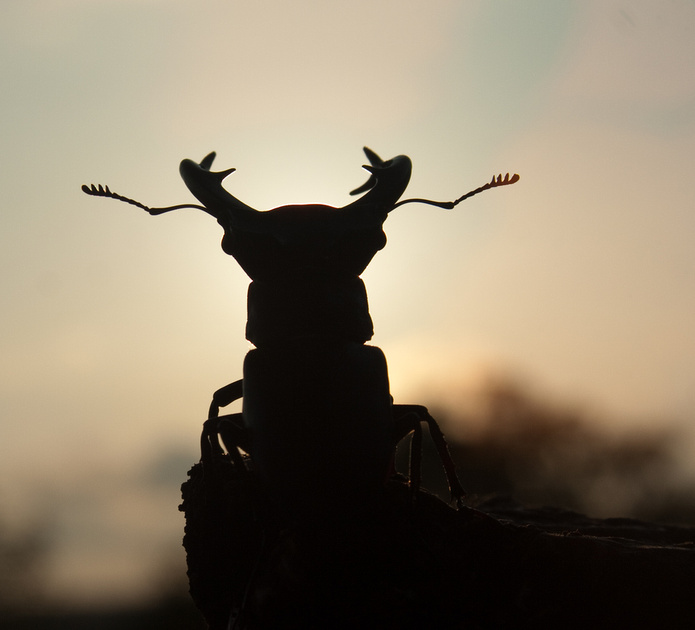 And that was the end of our Saturday night fun.